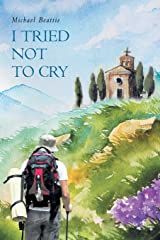 
Michael Beattie was born in July 1949 in the small paper mill village of Eagleville in rural Eastern Connecticut. As the second eldest of four children, he learned early on that hard work was the only avenue to survival in a poor envirornment. After enlisting and serving four years in the military during the Vietnam War from 1967 to 1971, he returned home to Eagleville, where he was hired as a police officer in the Town of Mansfield. While working the night shift, he opened his own security business, which he operated during the day until his retirement at the age of sixty five.